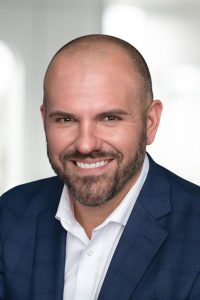 Wade Swindell has honesty, integrity, availability and a passion for helping others. Wade and his team provide top notch customer service and the highest desire and drive to serve others. He has been in the mortgage business since 2000. In December of 2017 Wade became co-owner of Atlantic Trust Mortgage.

Wade has lived in Jacksonville since 1995. He loves the southern living, beautiful weather, “small” big-town feel, and living near the beach.

Some of Wade’s awards and accomplishments include Top Producer in 2011 and 2012 for EverBank, President’s Club, and Top 20 LO Nationwide for Movement Mortgage in 2016 and 2017.

Wade is actively involved with his church, Church of Eleven22, where he attends and serves. He is one of the founding members of ReThreaded’s Band of Brothers. He has been married for over 15 years to the love of his life, Katie, and they have three kids: Mackenzie, Lincoln and Logan. When he is not working, Wade enjoys watching his Jacksonville Jaguars with his wife and kids.

Call Now
Back to the top